From Adagio to Colorful Allegro

Abstraction, as an artistic trend, has always had its followers and opponents. Since its great boom back in the fifties in the United States, that has been one of its great dilemmas. I think for the better, because controversy is guaranteed. The visual production of Hugo Azcuy Castillo, who currently lives in Belgium, is inserted in this cosmos of colors and motifs that often come from the natural universe.

His creations appear to be nourished by constructivist postulates. Epistemological constructivism emerged in the mid-twentieth century and affirms that reality is a construction to a certain extent «invented» by the observer. Thus, its works start from a real referent, but take for granted that any approach to reality is based on our perceptions. In this way, the scientific and knowledge offer only an approach to the truth, which can never be reached.

Thus, it could be said that the biological theories of Gerald Maurice Edelman seem to be of great interest to the artist. Edelman argued that: “Every act of perception is to some degree an act of creation and every act of memory is to some degree an act of imagination”. In the same way Hugo navigates through a sea of colors and forms created by himself, and often inspired intuitively, that attempt to capture this complexity both perceptive and grounded or founded in memory.

It is an artistic creation that invites to deeply value psychology, spirituality and its application in daily life, as well as the therapeutic properties of color. In this element is focused and offers a range of possibilities of interaction and scope: consciousness enhancer, suitable for ornament, generator of sensations and spiritual states or part of a whole that can be a geometric shape. The paths widen and the possibilities are dissimilar as color is a basic ingredient for existence and the manifestation of life.

His Dynamic Constructivism series covers different themes: Earth, Human, Heaven, Cosmos as if it were a great spiral of ascension to higher levels or of the development of consciousness. In the Dynamic – Human Constructivism series, the chromatic associations between light and shadow expand from the center of the canvas like an energetic nucleus and flow like a long frieze of emotions. The geometrical as opposed to the fluid is shown through the contrasts of black and white, opposites that complement each other, and balance human existence. Yin and yang, presented as necessary pairs for the existence of life in its two modalities: human and divine, masculine and feminine.

Like a sort of adagio, Azcuy marks the progress of vital energy in his paintings. The slow tempo characterizes them, as a series of accumulations of colors and effects, of parts and opposites that come together as if it were a symphony. The geometric, as it was in the last century, is once again part of the abstract discourse, recycled with an almost monastic will, a conciliation between the earthly and the transcendent.

A music is inscribed within these paintings, variations that go all the way to the allegro, sinuosities that try to grasp life and its mysteries. Music (Higher Vibration Music) is always part of his work, as a sonorous compensation of the visual charge that each painting possesses. Among his musical references are: Jonathan Goldman, American author, musician and teacher in the fields of harmony and sound healing. He is ranked 74th in the Watkins Review’s list of the “100 most spiritually influential living people in the world”.

On the other hand, his Dynamic Painting series, inspired by the observation of the undulatory and energetic effects produced by water when it has an external incidence, is also composed of themes. One of these themes is Chakras. Chakras are immeasurable (non-measurable) energy centers located in and outside the human body. In his paintings, this energy manifests itself concentrically (inward) or eccentrically (outward). They can be large triptychs or single works with points of attention born from diluted and vibrant forms, color contrasts or simply from what resembles energy paths that fork. Yellow, red, black, green, violet and blue are among the most recurrent colors in the palette, as a sort of sampling also of emotional states and sensations.

Hugo Azcuy Castillo makes a work that is an extension of his own psyche, of his propensity towards the transcendent and of the dialogue between the human and the divine. “In my art I like to delve into the interior of things, to show the spirit of all that lives and all that is, what is seen and what is not seen, what is below and what is above, and to invite the viewer to join me in this exploratory journey”. Abstraction is the bridge between both worlds, elements and spiritual states. His crusade is to capture that energy that envelops the two points and concentrate it, translate it into canvases. The starting point is marked and a large part of the path has been traveled. 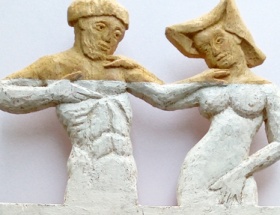 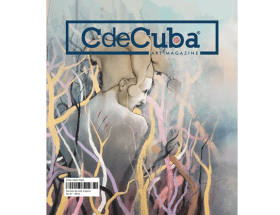 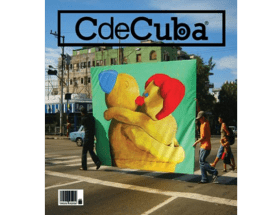