A Portrait of a New Type

The black and white portrait takes new forms in the hands of Jordan Rojas Sánchez, who is a self-taught artist and has given great importance to longevity as a central theme in his artistic production, approached from small to large formats. The realistic and expressive character of his representations puts us in front of a hard stage of human life, causes us to stop and turn to introspection.

At the beginning his characters were rather infants, pieces of great warmth, where he worked with care the details of the costumes and hair, and the pleasure in the characters is detected. Soon he would give way to his current work, where his main theme is the study of the psychology of people who are already in the sunset of their lives.

A more complete and acute count of emotions is now detected. The expressions become more serious, as well as the attention to the moment of old age, as a process where illusions often wither or cost even more effort.

In choosing this path, the artist retakes a very old genre of Art History, but he does not choose the cynical and acid posture, instead he chooses from a high sensitivity to deal with death, the family effects or the fulfilled and frustrated dreams. He relies on anatomical knowledge to accentuate not only the traces of time, but an emotional picture that generates a high range of sensations and empathy for the way in which the moods that fluctuate from one represented to another come to the surface. Extracting a psychological profile of the sitter through a portrait is not new, but he brings to it the beauty of contradiction or balance between opposites.

One of his best works is a series where faces are created in small format on a black background from which some figures stand out. Like Chinese shadows, expressions of joy or pain appear and stand out in the darkness. The set resembles a great mosaic of psychologies and experiences of the characters that are often part of his family environment, an element that incorporates not only a social experience, but also a private one to his work. Each figure seduces and appeals to different stories. The light is fundamental to investigate each impression and the state of mind of the person represented. Light and shadows provide dramatic contrasts.

He also has paintings of classical drawing with references, again, of historiographic type where he works in detail the human anatomy with poses equally taken from the classical repertoire. These works carried out, using charcoal on canvas, are evident in the recent moment of his work.

Some scenes recall the pose and light studies of Johannes Vermeer, one of the most renowned Dutch painters of baroque art, and bring us back to our everyday life from a different perspective, by magnifying or turning the act of sitting down to rest or observing through a window into the subject of a piece.

Jordan fills with value spaces and characters that precisely because they are repeated daily have been left out of the visual repertoire in the hustle and bustle of contemporary life. This fact reveals a predilection for genre painting and for the games with light, as well as a more leisurely creative nature, more given to order and detail, to observation and the link with the contemplative and less with the contingent. It is not in vain that Vincent Van Gogh is another of his favorite artists.

There is a narrative content in the pieces, announced through certain premonitions that the artist incites to discover between the representation and the titles that he places to each of the works. They are like predictions about the future of his characters, what will come as fortune or sadness, seeking the complicity of the observer. At the same time, the shadows constitute a kind of voice that seeks to be heard and generate a dramatic tension that influences our perception of the character, who is the subject of the portrait. A portrait of a new kind is his proposal, with hints of satire, tradition, challenges of the mind and experience, the path is traced. 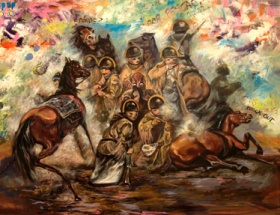 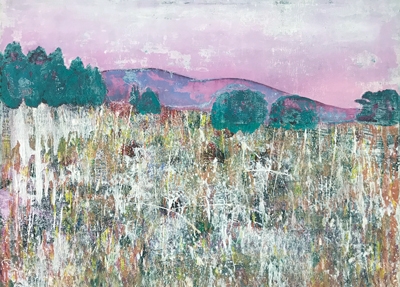 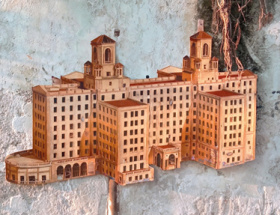