The metaphysics integrated into painting as a spiritual quest, that inner life in which the subconscious reigns -an intangible terrain that the surrealists tried to personify- and the vast architectural spaces that Giorgio de Chirico has left in our visual memory, are the main references that serve as a basis for interpreting the work of Ángel Miguel León Valiente.

However, this area of Art History would be insufficient to understand the particular world he has created, in which we also find elements typical of conceptual art (by approaching the document, the old and faded photo), and components typical of hyperrealism (by the photographic character of the figures).

Angel works a lot with the image of the butterfly, which seems to me a daring thing to do in these days when everything beautiful has been accused of kitsch, because this insect has been as degraded in its visual representation as the swan or the rose. But as it happens in the aphorism “a rose is a rose”, a poem by Gertrude Stein that alludes to a verse by Shakespiere (“The rose would not cease to be a rose, and to spread its scent, even if it were called by another name”), neither does a butterfly cease to be what it is no matter how much its image is trivialized. 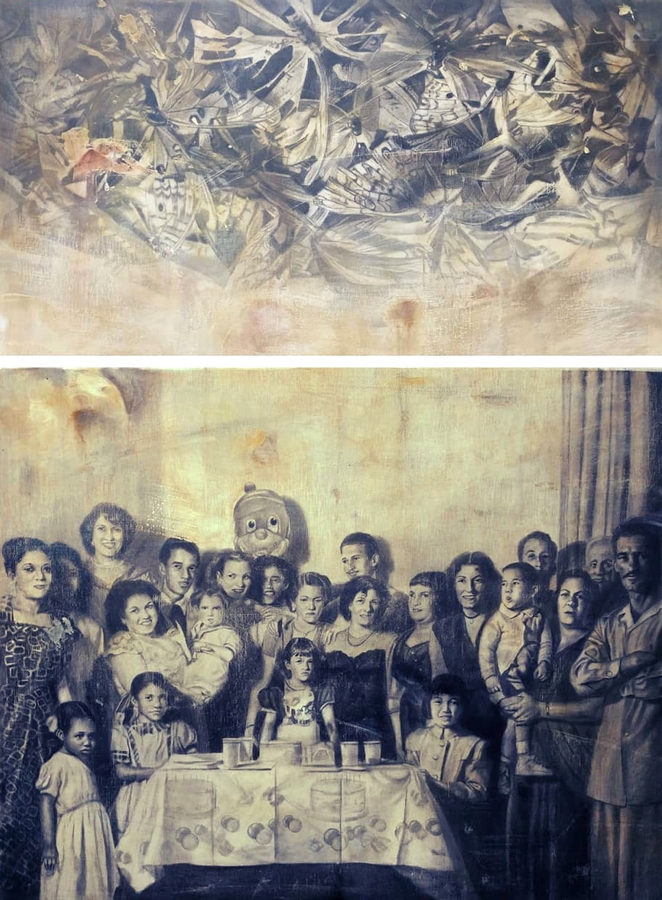 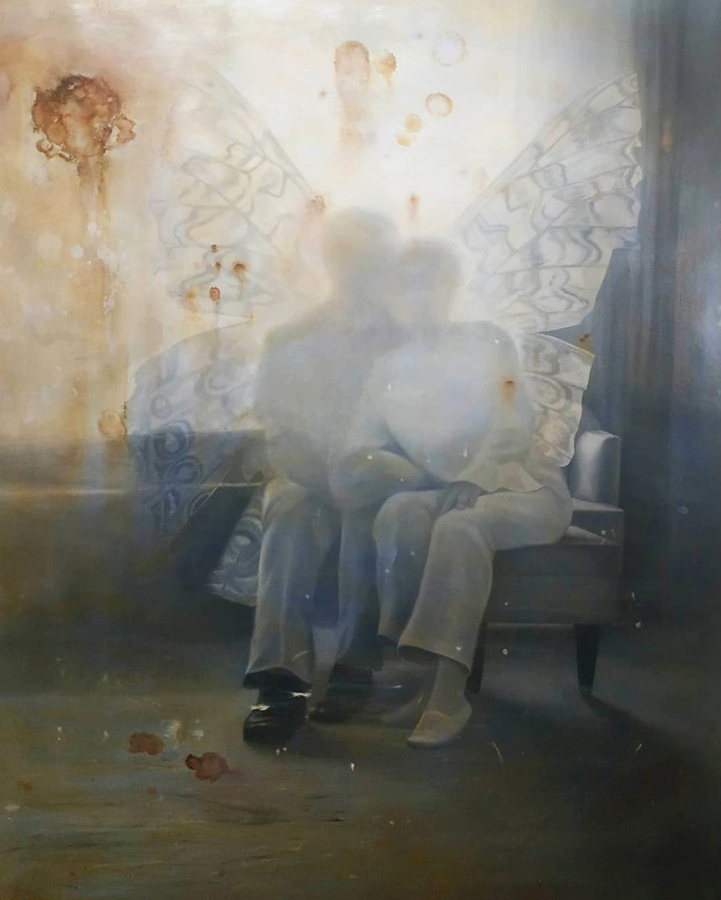 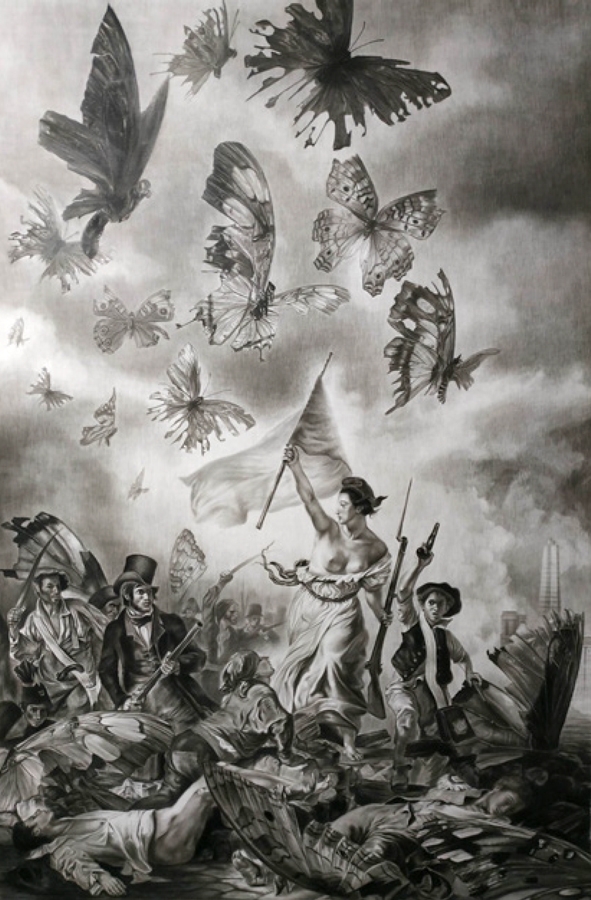 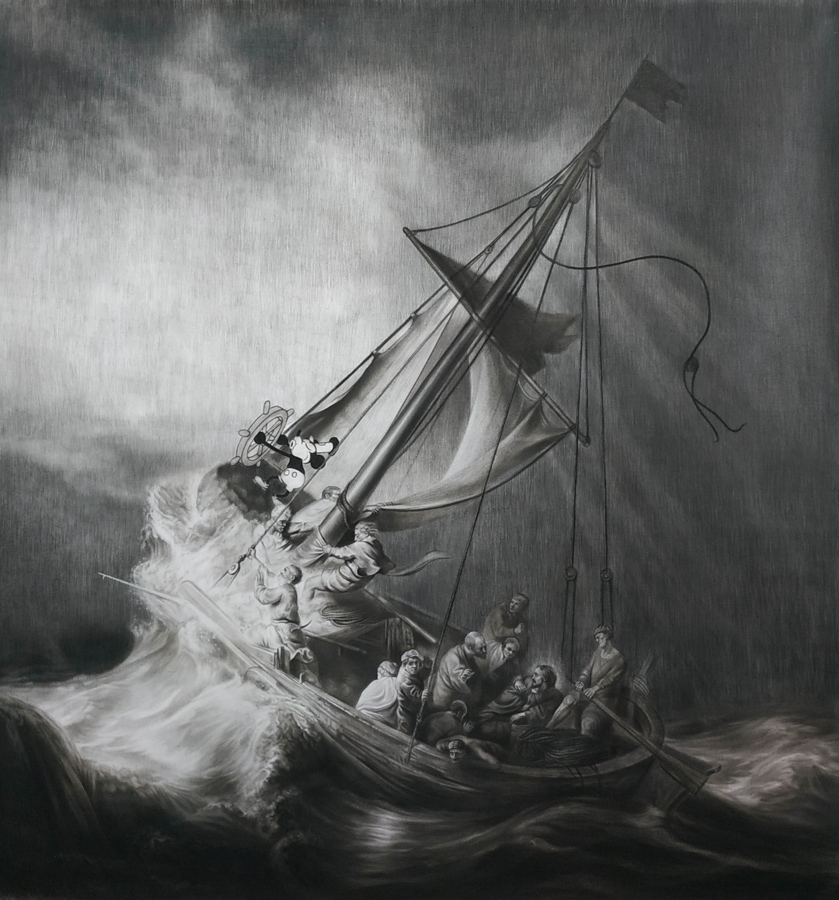 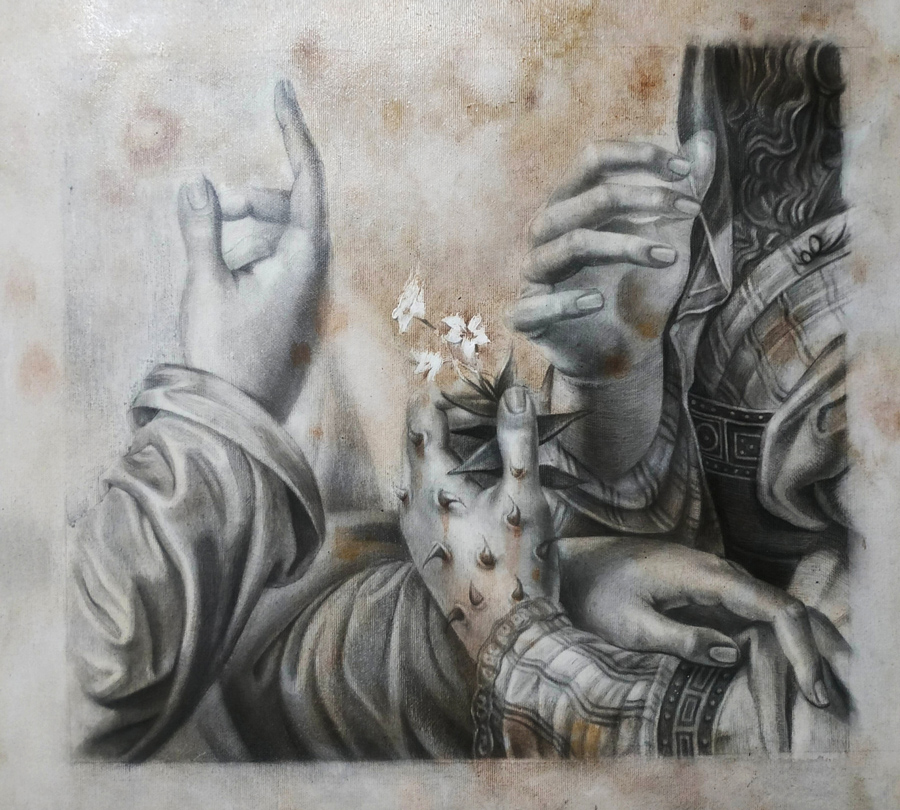 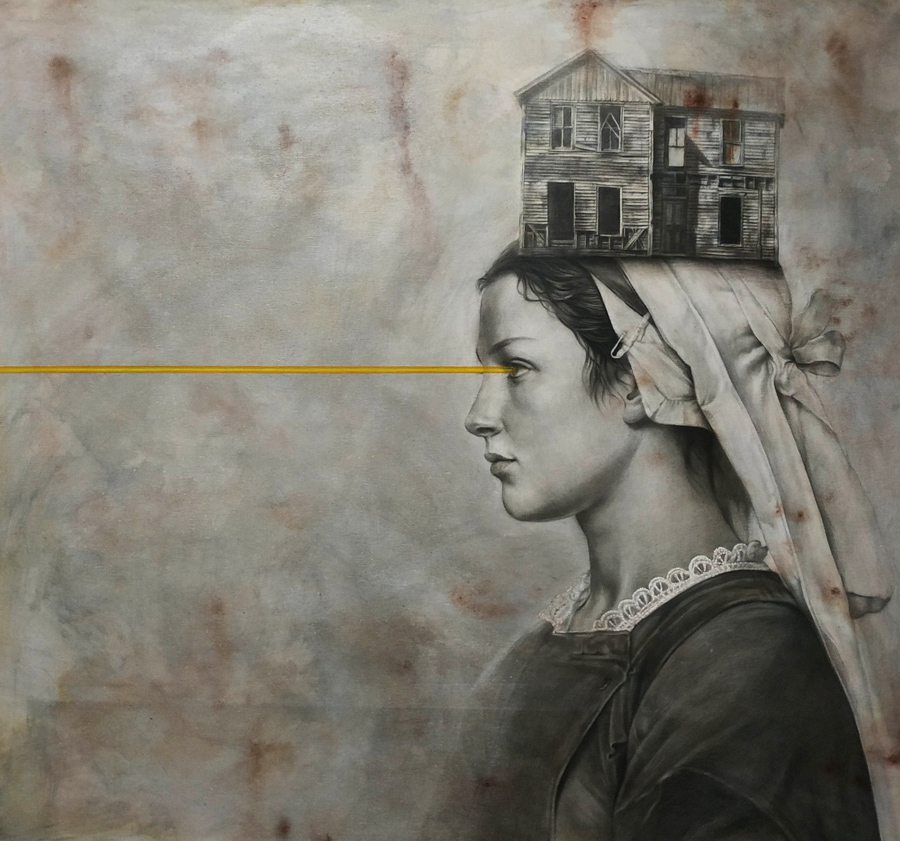 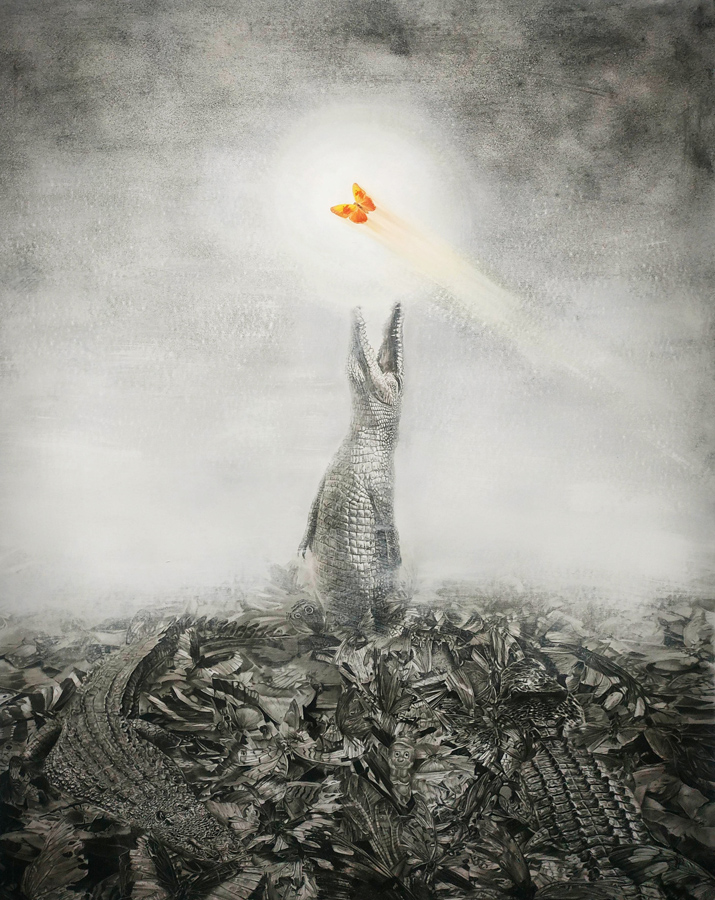 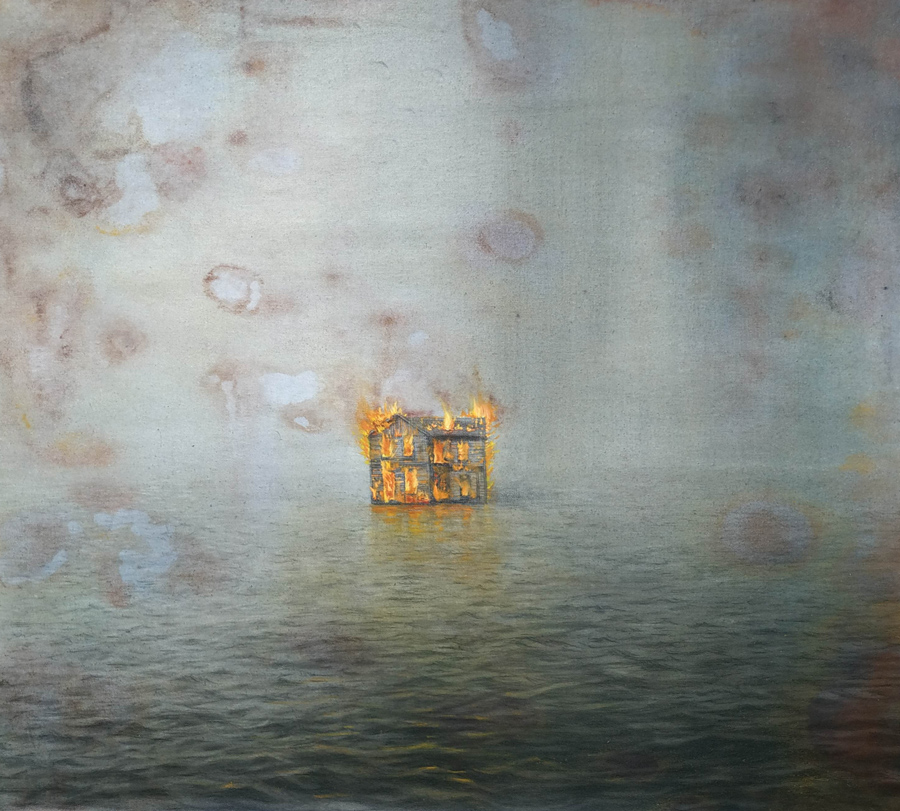 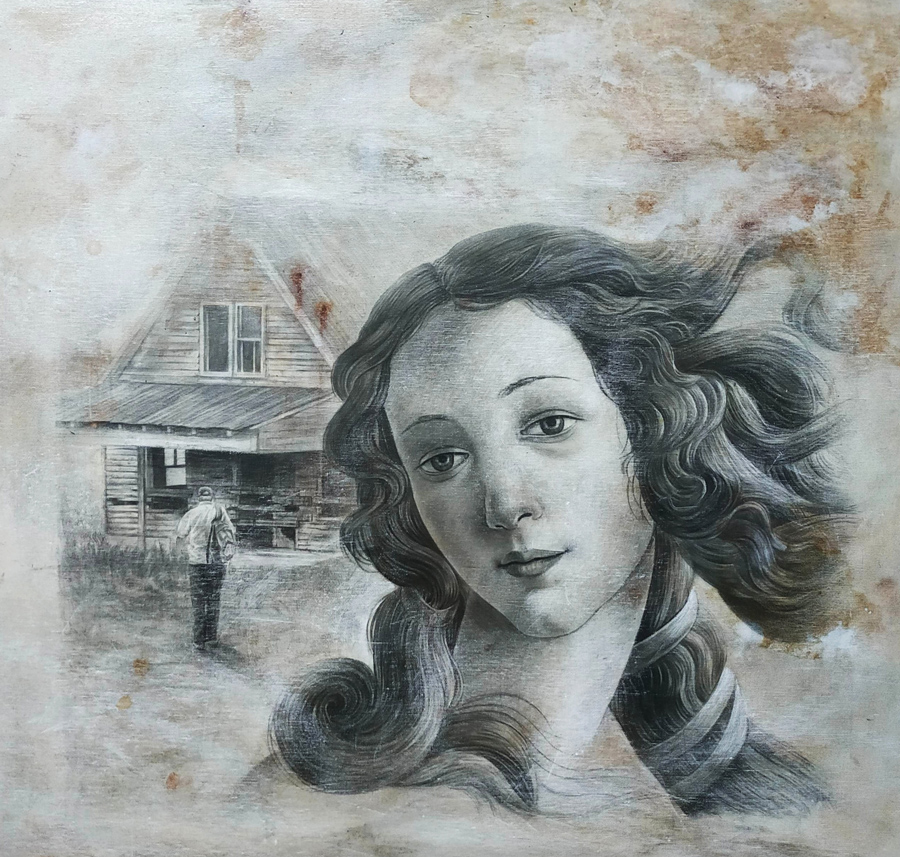 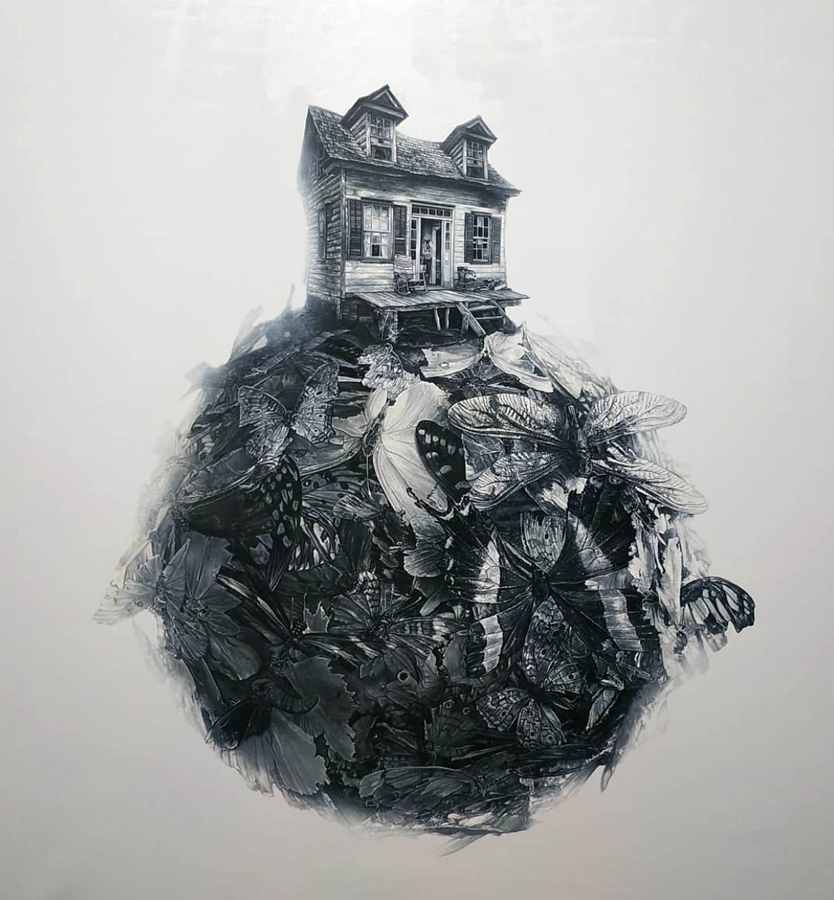 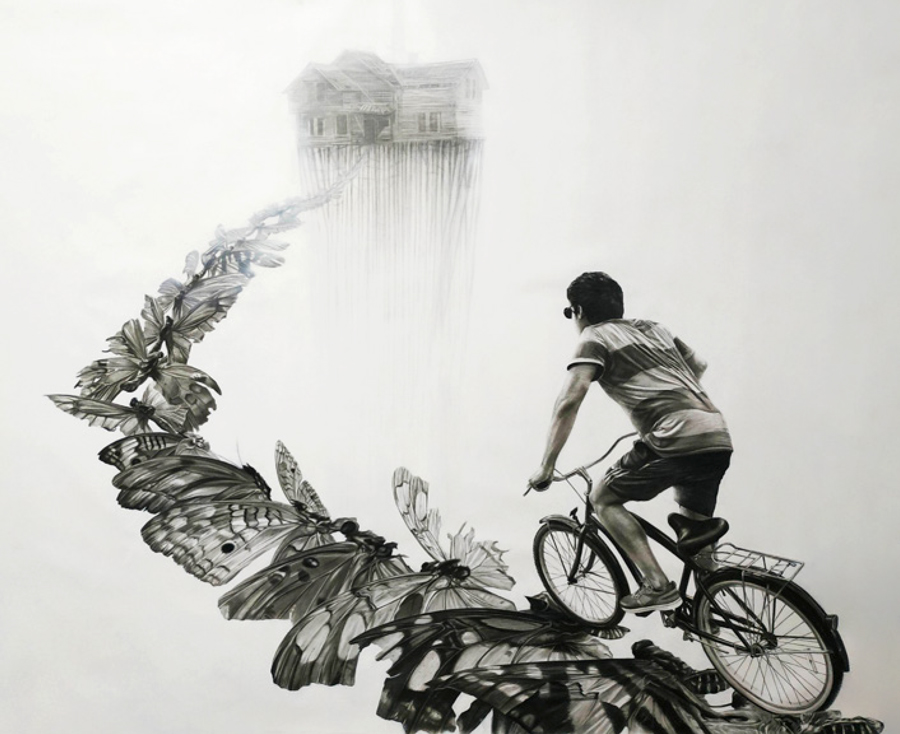 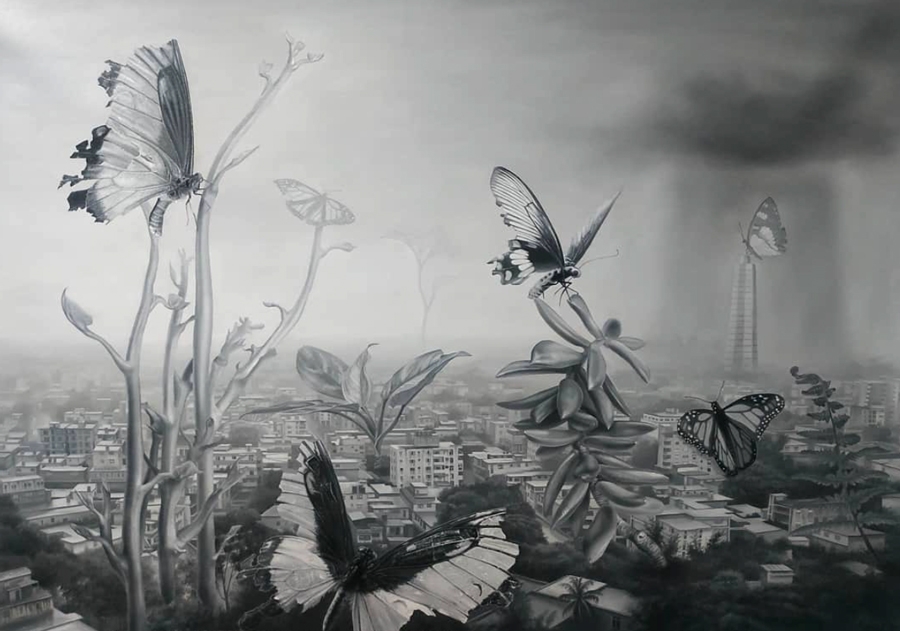 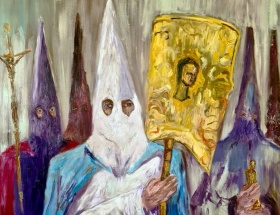 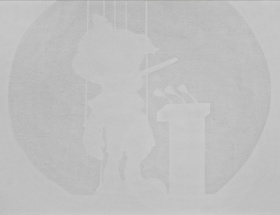 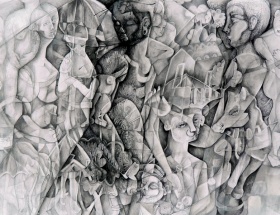